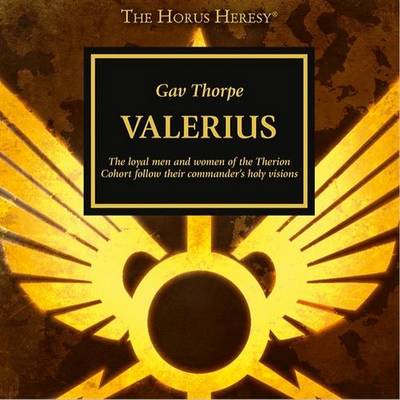 Though he knows such beliefs are forbidden, Vice-Caesari Marcus Valerius of the Therion Cohort is willing to lay down his life in service to the immortal God-Emperor, for the good of all mankind. Sent by Corax to the great slaughter at Beta-Garmon, every last one of the Imperial Army soldiers under his command knows that the end is nigh — but can Valerius' holy visions guide them to one final victory over the hordes of the hated Arch-traitor?